Everyone thought that Toy Story 3 would be the end. It seemed like a perfect end and a great way to say goodbye to our beloved friends. When Toy Story 4 was announced, we couldn’t imagine where they would go with the story.

I’ve seen so many mixed reviews about Toy Story 4. Many feel it wasn’t a necessary addition to the Toy Story saga. I disagree.

The History of Toy Story

On January 19, 1993, production started on one of the most memorable animation films ever created…

This was to be the first ever completely computer-animated feature-length film. The technology to pull this off did not exist.

So what do great thinkers do when the current tech isn’t enough?They make new tech.

And that is exactly what Pixar did. On top of creating an amazing storyline, they were responsible for developing brand new hardware and software to execute that storyline.

Toy Story was released on November 22, 1995, and it killed at the box office. It grossed $192 million in the US and $356 million worldwide. That wasn’t the end of the Toy Story.

Toy Story 2 was released four years later. It grossed $246 million in the US and nearly half a billion worldwide.

Eleven years after that, Toy Story 3 came out and was a huge hit. It grossed$415 million in the US and $1 billion worldwide.

The lessons we have learned in the first three installments are ones that both children and adults can apply in our everyday lives.

Here we are in 2019 and Toy Story 4 is in theaters. I saw an early screening and here are my thoughts:

I laughed. I cried. I was startled. I was overwhelmed.

The movie opens with a flashback to nine years ago (between the events of 2 and 3) R.C. is being swept down a storm drain. Woody and the other toys mount a successful rescue operation, but while they are busy, a mysterious man buys Bo Peep; despite Woody’s efforts to prevent the sale, Bo reassures him that it is part of being a toy to be taken away. 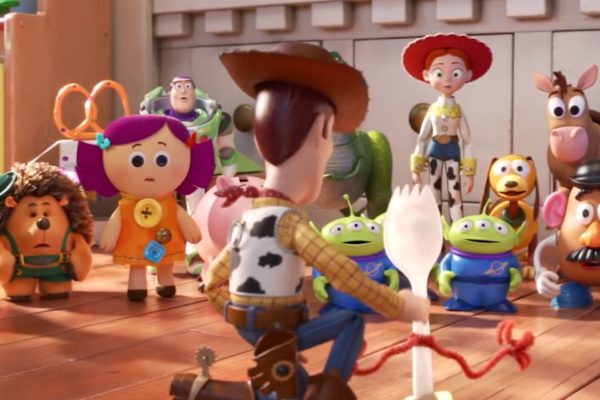 The movie then moves to two years after Andy gave his toys to Bonnie and Woody and the other toys are content in their new life. Worried that Bonnie will feel overwhelmed at her kindergarten orientation, Woody – who Bonnie has been neglecting – sneaks into her backpack, and his fears come to light as Bonnie becomes shy around her new classmates.

Woody covertly places a spork and other items from a trash can on Bonnie’s table during arts and crafts, and she turns them into a handmade toy-spork she names “Forky”. After Bonnie places Forky in her backpack, he comes to life, much to Woody’s shock.

And the adventure begins! 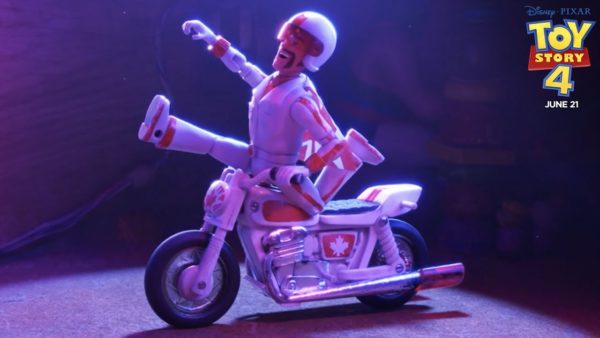 It’s during Bonnie’s last summer trip before starting kindergarten – to an RV camp alongside a traveling carnival – that the story really takes off. As Forky continues to try to escape his new owner’s affectionate clutches, Woody tries to tutor the newcomer in proper toy behavior. 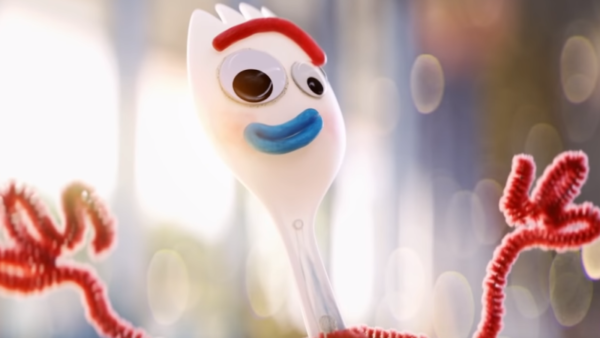 Everyone in my family has their favorite Toy Story characters. My almost 3 year old grandson loves Buzz. He actually calls him “Bubble Buzz” because of the Buzz Lightyear bubble toy he got (and has played with endlessly) on one of his WDW trips. My granddaughter loves Jessie, my daughter is a Woody fan and I have always been a Mr. Potato Head lover.

I left Toy Story 4 completely in love with different characters. Forky and Duke Caboom are now up on top of my favorites list. It’s a mix of good, nostalgic emotional and sad emotional. It’s happy. It’s sad. It’s startling.

I would definitely say it’s the end of the line as far as the Toy Story story goes. It would be a stretch to get another story out of it. Woody has found his way to a life without his own kid. However, Pixar has a way with finding and creating a new stories so I as the saying goes – “never say never!”

Toy Story 4 is definitely the best as far as I’m concerned. It is for kids, it is for adults. It is closure for all those little five year olds that watched the very first Toy Story in 1995. What happens to all of my beloved toys when I grow up. Those five year olds who are now adults have watched through different installments as Woody moved on. They have grown up thinking of Woody and Buzz as friends.

Spunk, ingenuity, teamwork, loyalty and self-sacrifice. Listening to your inner voice is a theme throughout the film. The importance of friendship is in there too! It’s okay if we don’t know who we are as long as we are trying, and the only thing we have to do is be good to one another. The lessons are many.

Woven throughout the film is Woody’s quest to find a new purpose, since he is no longer the favorite toy.

I won’t tell you more about the film because YOU MUST go see it for yourself. Much of the story centers on Woody trying to teach Forky that he isn’t trash, but instead a toy with the great responsibility of comforting Bonnie as she makes her way through kindergarten.

There is plenty in the movie to make any Disney fan smile, including Woody mimicking the pose of the classic Mickey Mouse telephone and a reference to Mr. Toad’s Wild Ride during the end credits.

The first three movies focused on the relationships among the toys and the bonds with their child. The end of Toy Story 4 has us thinking of the toys as more human and their relationships with each other.

Binge Worthy TV: What a Travel Writer Does When They Can't Travel
Disney Films: Classic vs Modern: The Ultimate Comparison
Spend Time with the Alcott Little Women this Christmas
I Want to Talk to the Animals Like Dr. Dolittle!
Jim Henson Company - The Dark Crystal: Age of Resistance Giveaway!
SpongeBob Squarepants is Looking for Gary in ‘Sponge on the Run’ Trailer
Will You LOVE Frozen 2? Here's What I Think
The Sonic the Hedgehog Trailer 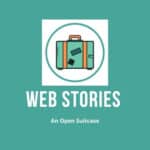 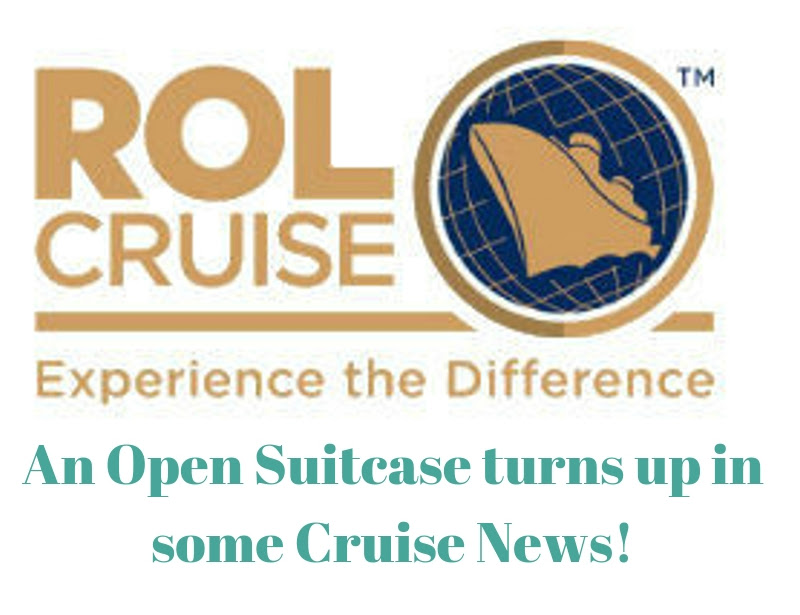