Did You Know? A Few Well Known and Some Not So Well Known Disney Facts!

I am a huge lover of Disney history. So much about the creation of the Disney empire fascinates me and I always love to share what I learn with everyone. Here are a few facts – many of them you may know about – some you may not!

There is no chewing gum sold in Disney Parks. You will never be able to purchase gum anywhere, in any of the Disney parks.

There is a hidden basketball court inside the Matterhorn at Disneyland that was originally put in for employees to use. 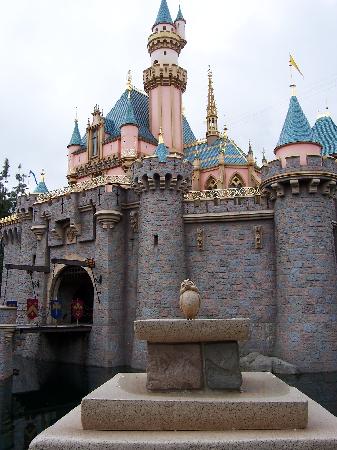 The drawbridge of Sleeping Beauty’s Castle at Disneyland works but hasn’t been used since 1983. Before that, it was only used once during the park’s grand opening.

Some of the Spaceship Earth characters are actually just re-purposed robots that came from the Hall of Presidents. John Adams is a Monk, William Taft is an Egyptian priest, and Teddy Roosevelt is a Roman Senator.

There are two abandoned parks at Walt Disney World. There used to be River Country, which was an old water park, and Discovery Island, an old nature attraction.

Steve Martin worked at Disneyland from age 10 until age 18. He worked as a magician, among other things.

The Tomorrowland of the 50’s was built to represent the “far off future” of 1986.

The Seas Pavilion, Epcot’s aquarium, is so large Spaceship Earth can actually fit inside of it

Disneyland had a lingerie shop on Main Street, called “The Wizard of Bras” when it first opened in 1955.

The morse code playing at New Orleans train station in Disneyland translates to: “To all who come to Disneyland, welcome. Here, age relives fond memories of the past, and here, youth may savor the challenge and promise of the future.”

Disney Jail actually exists. It is used to detain disruptive guests and thieves

The Magic Kingdom in Orlando is built on the second level of the property. The first level is used as a passageway so costumed characters can cross the park without being seen. It is also used to transport trash, can be used by ambulances and other vehicles in the event of an emergency. This area is known as the Utiladors.

If you hear “code v” over a radio while in the parks, it is code for vomit.

Park employees are required to point with either two fingers or with their whole hand. This is because some cultures see it as a sign of disrespect to point with one finger

Richard Nixon’s famous speech, where he proclaimed “I am not a crook!” took place at Disneyland.

Disneyland has only had three unscheduled closings in its history. They were for the national mourning of President Kennedy’s death, after the Northridge Earthquake in 1994, and on September 11, 2001.

There is a real pet cemetery near the line for Disneyland’s Haunted Mansion. Ask a Cast Member to point it out.

There are over 200 feral cats that roam the grounds of Disneyland to help control pests. Maybe the pet cemetery at the Haunted Mansion is their final resting place??

We have all heard of Hidden Mickeys around Disney property. Did you know there are also “Hidden Tribute Mickeys” at Universal? They can be found in the Jurassic Park and Harry Potter rides.

Doritos were invented at Disneyland – you can read about it HERE

The pavement changes color in-between lands at each of the Disney Park. This was done on purpose – with the idea that the change of pavement would “tickle your senses” and make you look up and around at your new surroundings

Ever wonder what that brown area of the pavement in Liberty Square at Walt Disney World is? Well, back in colonial days, there was no indoor plumbing, …

It was once planned to include the Land of Oz at Disneyland, but the beautiful Emerald City was never actually built

I learned so much Janice,thank you for sharing. It's fun to learn what lies behind the magic!